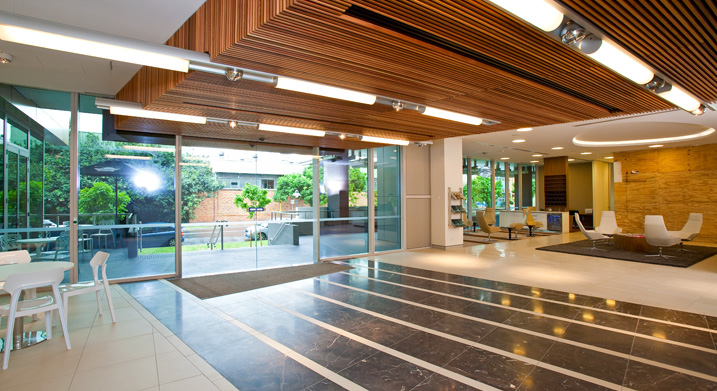 Ausenco is a world-class mining engineering firm with its Global Head Office located in Brisbane. Previously they had offices spread over six different locations throughout the south side of Brisbane.

Working with Ausenco, State Development identified a site for its new headquarters, purchased the land, and applied for development approval to build a 15,700m² office building on the site.

The building was designed around their needs with specific meeting rooms, breakout areas, mobile work areas and facilities for international partners to use when in Brisbane. The design also included allocated areas for staff such as outdoor dining areas, cafe, gym, change rooms and lockers, large car park and storage area.

Hutchinson Builders were appointed to undertake the construction. The project was a joint venture with White & Partners and was completed within 18 months including the internal fit-out which was scheduled during the last four months of construction to save Ausenco time and money.